Looking for health insurance for a Super Visa?

You can get an online quote for travel insurance and access preferred rates from  http://www.16safety.ca/en

What are the requirements for a Super Visa application?

Super Visa makes it easier than ever before for parents and grandparents to visit family members in Canada, allowing them to remain in the country for up to 24 months at a time, without having to renew their status. This visa is valid for 10 years and can permit a single entry or multi-entries into Canada.

One of the key requirements for obtaining the Super Visa for Canada is insurance. Super Visa applicants must submit proof that they have purchased private medical insurance from a Canadian insurance company which is valid for a minimum of one year and offers a minimum of $100,000 in coverage for health care, hospitalization and repatriation.

Looking for health insurance for a Super Visa?

You can get an online quote for travel insurance and access preferred rates from  http://www.16safety.ca/en

Immigration, Refugees and Citizenship Canada (IRCC, formerly known as CIC) has updated the documents required in order to submit an application for the Super Visa Program, which allows the parents and grandparents of Canadian citizens and permanent residents to come to Canada as visitors for an extended period.

The Super Visa is a popular option for immigrants to Canada who wish to see their parents and/or grandparents for an extended period, while also building their lives and careers in Canada. Another option towards this end is the Parent and Grandparent Program (PGP), which is a program for permanent resident status. However, the PGP is currently closed for new applications, and the most recent application intake periods have seen demand far outweigh the supply of visas available. Therefore, the Super Visa may be seen as a backup option.

One of the eligibility requirements for sponsors (i.e. the Canadian citizen or permanent resident sponsoring a parent or grandparent) is that they meet a minimum income threshold. From now on, the tax documents that IRCC will request in order to assess income level will comprise of printouts from the Canada Revenue Agency (CRA) My Account, which applicants can access themselves. This change comes into effect immediately, and is now reflected in the list of required documents for Super Visa applicants.

To apply for the parent and grandparent super visa, applicants must:

Immigration officers consider several things before they decide if an individual can come to Canada. The person must be a real visitor to Canada who will leave by choice at the end of his or her visit. An officer will look at these things when assessing an application:

Conservatives say those applying for permanent residency will be eligible 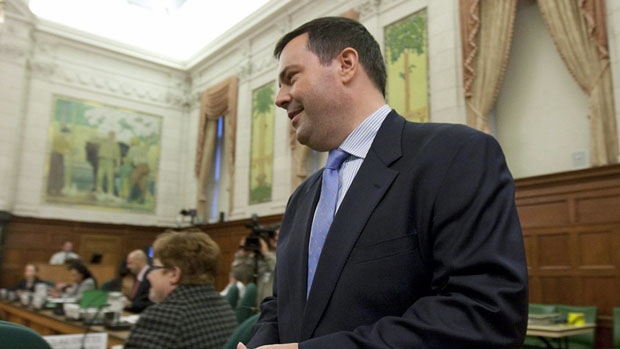 Immigration Minister Jason Kenney says people who have applied for permanent residency will definitely be eligible for the visa. (Adrian Wyld/Canadian Press)

A program that allows Canadians to apply for so-called super visas launches Thursday, but the NDP immigration critic is worried that the new 10-year visa for parents and grandparents may be hard to obtain.

The new visa is part of the Conservative government's plan to battle an enormous backlog of about 165,000 parents and grandparents who are trying to join family in Canada.

The so-called super visa will be good for 10 years, but will have to be renewed every two years.

People applying to sponsor a parent or grandparent will have to show they can support their visiting relatives. To be accepted, the visitors will be required to have private health insurance coverage during their stay in Canada.

NDP immigration critic Don Davies likes the new super visa for parents and grandparents, but he wants assurances that they will be easy to get, unlike a five-year visitor's visa that has been available for years.

"I have cases in my office in Vancouver where someone's sponsoring their parents, say from New Delhi, and their application is in the lineup for 10 years," Davies said.

"So they apply for a visitor visa to come and they're turned down because they have a permanent resident application in the queue and the officials think that they won't leave."

Immigration Minister Jason Kenney says that won't be a problem — people who have applied for permanent residency will definitely be eligible for the visa.

"The department informs me that they're confident that the approval rate for these parent super visas will actually be very high," Kenney said last week at an appearance before a parliamentary committee.

"One of the reasons we are requiring that people demonstrate they have health insurance when they come into Canada, is to add greater certainty for our visa officers that admitting people is not going to end up representing a net cost to Canadian taxpayers," he told the committee last week.

Debbie Douglas, the executive director of the Ontario Council of Agencies Serving Immigrants, said that overall, the new program is a "really good way forward" in terms of serving parents and grandparents.

She also said the new program would give the government a chance to create a more transparent system.

"It also gives us a chance to ensure that our visa posts are being consistent and fair and transparent in terms of who it is that they're granting visas to," Douglas said.

But she noted that there are still concerns about how visas will be allocated, as well as the health insurance requirement.

"We really do have to pay attention to the fact that the requirement for private health insurance is not disproportionately affecting who we let into Canada," Douglas said.

The new super visa program was announced in early November as part of a broader plan to try and clear the backlog.